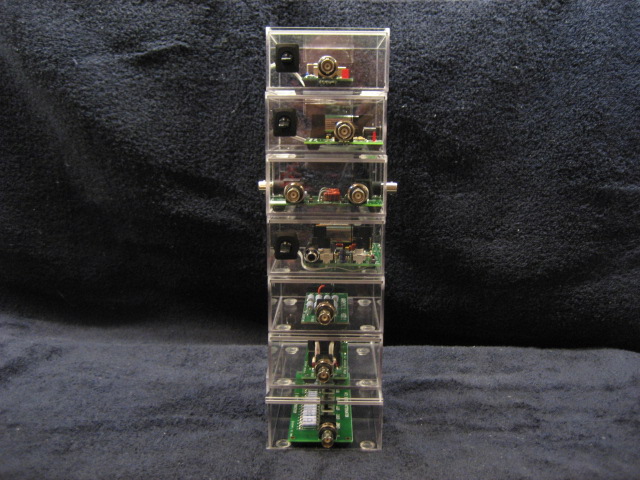 The Test Bench enclosure series was developed to house the following Elecraft Mini-Modules:

All external connectors for the various modules were externalized on the enclosure and a sliding top provides access to the other controls on the module. The sliding top is secured closed by a magnetic strip to allow ease in opening and a nice tactile feel when closed.

An optional power switch is available for modules requiring power. It comes installed in the enclosure with pre-attached hookup wire.

The XG2 shown in the enclosure with the sliding top pulled back for access to the PCB controls. 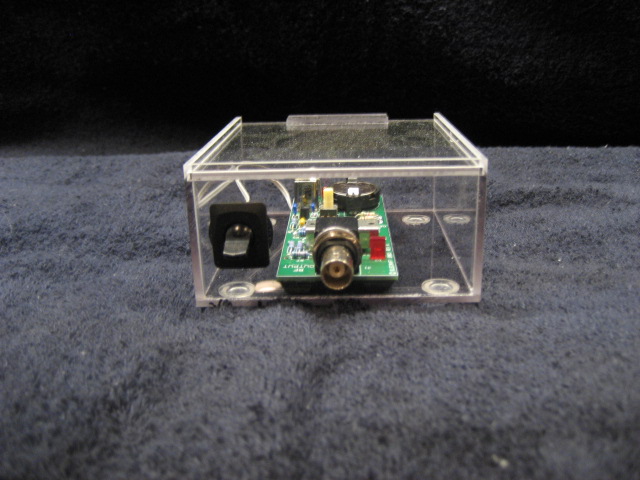 The XG2 module shown with the optional power switch on the left side of the front panel.

For orders of 5 or more enclosures, custom orders or inability to use PayPal for domestic orders, please visit the order page for more info.