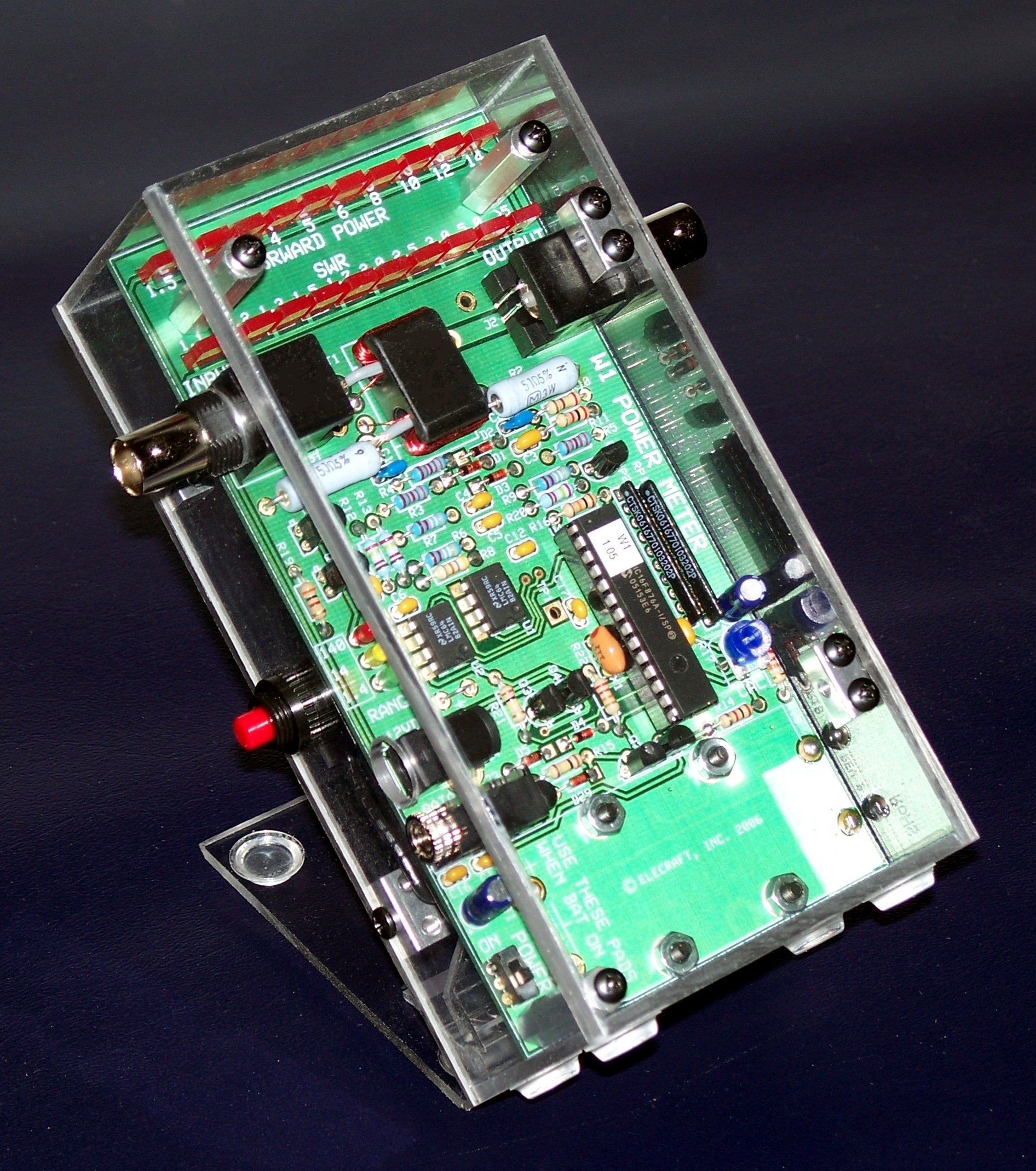 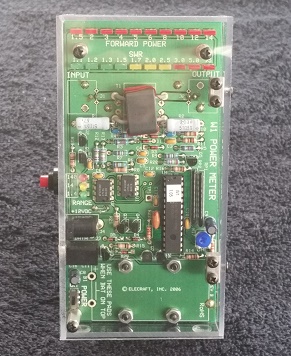 The first version is slightly thicker and designed to house W1 kits already built per the Elecraft W1 manual for use without an enclosure. It is still recommended to mount the battery connector on the back of the W1 PCB for regardless of the version to make it easier to change the battery when needed. If you have not yet built the W1 (or at least not mounted the BNC connectors to the top of the PCB) it is recommended to mount the BNC connectors (right angle or straight through, whichever is desired) on the back of the PCB and install it in the bottom mounted BNC versions of the enclosure. 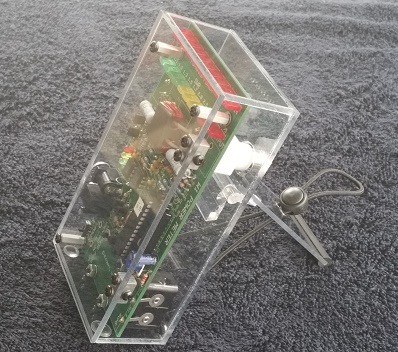 The newly designed tilt stand eliminates the velcro used in the past and is now a single piece welded to the enclosure. The tilt angle can be adjusted from 40 to 90 degrees and the angle is held in place by a loop of shock cord and a lock. The tilt panel may be folded flat to the enclosure when stored and the shock cord can be looped over the top of the stand to hold everything in place. Rubber U-channel is mounted to the bottom edge of the tilt panel and on the bottom of the enclosure and provides a more robust and sturdy grip to most surfaces.  With the tilt stand folded flat, the enclosure can also be laid flat on it's back if desired.

The enclosure is constructed in two halves. These two halves are secured together via Elecraft custom 2-D fasteners and black anodized 4-40 screws. The top half contains the W1 PCB mounted to it via standoffs and the side that contains access to the power and data connector as well as the power switch. The bottom half contains the remaining side, ends and back of the assembly. Access to the inside of the enclosure is made by removing the four screws on the sides. Pulling the top half straight out of the enclosure allows for changing the battery or access to the PCB. 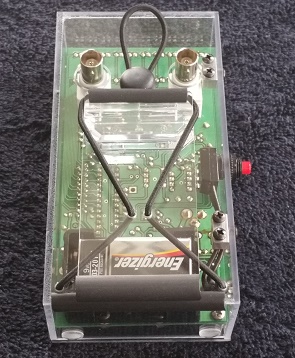 All mounting hardware is provided for mounting the W1 into the enclosure as well as the externalized power switch. All parts are listed below:

The enclosure is shipped assembled with the 2-D fasteners and black anodized screws.

This introduction and complete installation instructions of the W1 PCB into the enclosure can be found here.

For orders of 5 or more enclosures, custom orders or inability to use PayPal for domestic orders, please visit the order page for more info.